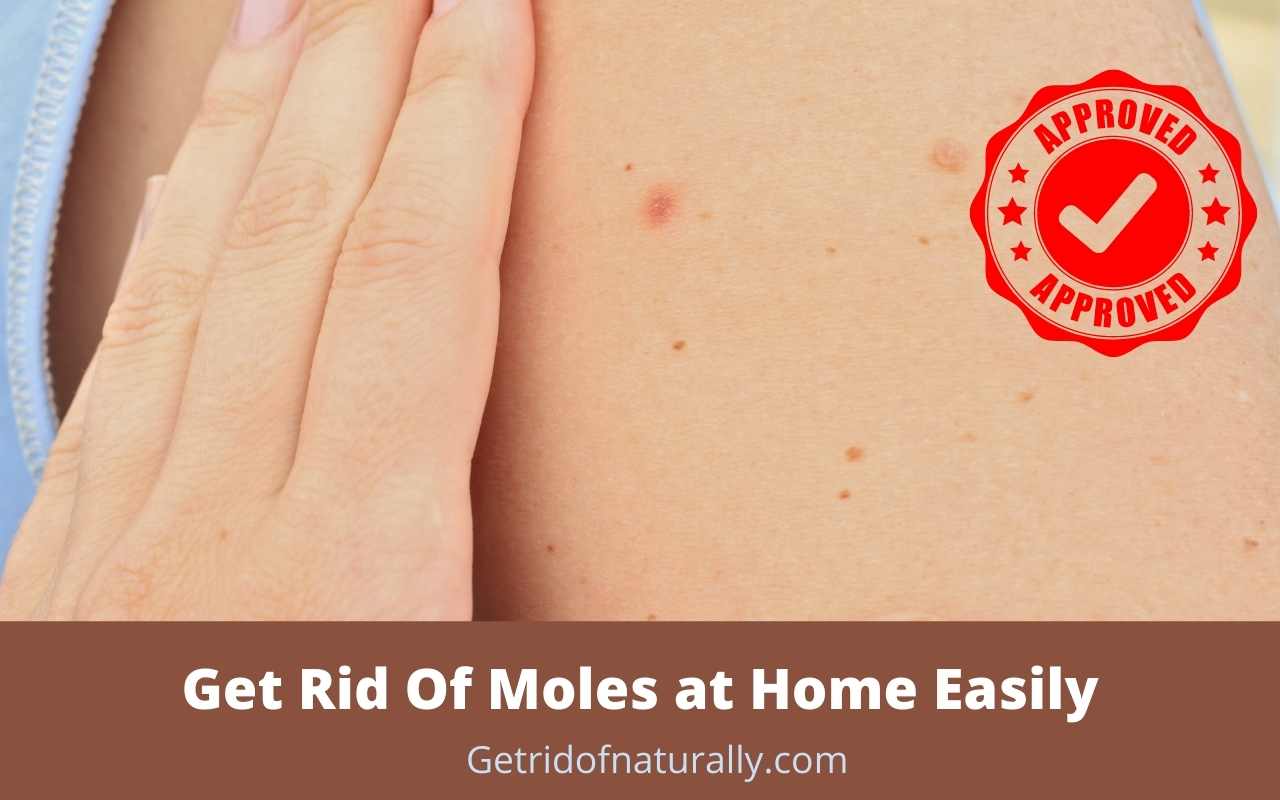 The moles on your face with tiny hairs growing out of them are particularly noticeable.  You feel they mar your appearance and that you need to do something about them.

Can I remove Moles Naturally & Permanently?

Your siblings also seem to have moles on the face in almost the same place as you have them.  You are at a loss to decide what to do about them.

Should you go to a beautician or a dermatologist?  Should you try getting them bleached, or should you have them removed?

A mole is actually a slightly elevated spot on the skin’s outer layer, which stands out because of deeper pigmentation.

It is also known as a Nevus and is basically clusters of melanocytes or pigmented cells that are quite harmless, though some can turn cancerous.

Tiny hairs sometimes sprout from the moles, and if these are on the face, they can give the face a hideous appearance, especially among women.

They can be smooth or wrinkled, large or small, light brown or reddish or even blue.

Moles are known to be hereditary in nature.   Some persons are born with moles on the skin, while others appear and develop into full-grown moles approximately by age 20.

Intense sunlight is believed to have a role in the growth of moles.  Another cause for the appearance of moles is the hormonal changes that take place during adolescence.

The natural pigment melanin is normally evenly distributed over the skin’s epidermal layer, but these pigment cells are sometimes clumped together to form a mole.

how to get rid of moles on skin Naturally & Permanently

The conventional method of removing moles involves minor surgery to either flatten it or remove it altogether after applying local anesthesia.

However, it is much easier to treat it naturally at home and get rid of it altogether,  painlessly and inexpensively.  Some natural methods are given below:

A cotton ball dipped in grapefruit juice is secured on to the mole using a bandaid tape.  The process is to be repeated every 5-6 hours, or whenever the cotton ball becomes dry.  The mole will disappear in a few days.

Figs or pineapple juice can also be applied over the mole as in the foregoing with good results.

Flaxseed powder mixed with flaxseed oil and honey, when applied over the mole and allowed to remain in contact with it one day at a time, will also enable you to get rid of your moles.

Fresh application daily is one of the requirements.

Pound a couple of cloves of garlic, and fasten it on to the mole with a bandaid tape.  Do this for a few days, and watch the moles disappear.

Make a paste of cashew nuts in water, and apply the paste over the moles. Do this daily for a few weeks.

Simultaneously, add some roasted cashews to your diet.  The moles will disappear soon with this natural remedy.

Another natural remedy that works a little slowly is an onion.  Onion juice or paste, applied over the moles, works effectively to remove them.

The paste of dandelion root, applied similarly over the moles, also gives results in a short period of time.

Treatment for moles is mostly cosmetic – they are mostly harmless.  If you find a mole growing abnormally or changing color and shape rapidly,  it is time to have it investigated by a dermatologist in conjunction with a Professional Natural Therapist for best guidance in the matter.

#8.Best Way to Get Rid of Moles Quickly at Home

Common home remedies given above may act slowly. If you are looking for a quick & guaranteed cure, you may try Professional Blueprint on Easily Removing Moles at Home.

Check out the blueprint given below:

Are you looking for a natural method to get rid of a mole at home without scarring or bleeding – learn about Professional Natural methods.